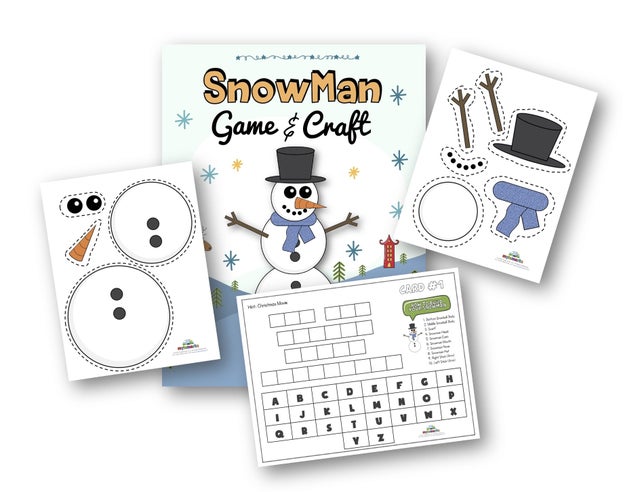 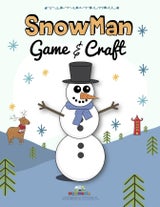 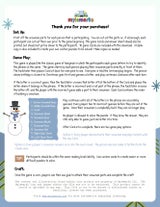 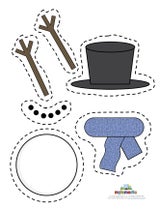 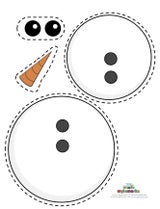 Game + Craft all in one!

Print off the snowman parts for each person that is participating. You can cut out the parts or, if old enough, each participant can cut out their own prior to the game beginning. The game Cards and answer sheet should also be printed, but should not yet be shown to the participants. 10 game Cards are included with this download. A blank copy is also included to create your own custom puzzles to be solved! Make copies as needed.

This game is played like the classic game of hangman in which the participants each guess letters to try to identify the phrase on the cards. The game starts by each person placing their snowman parts directly in front of them. The facilitator then places Card #1 down for everyone to see. Everyone is told the hint and play begins. The person whose birthday is closest to Christmas goes first and guesses a letter, and play continues clockwise after each turn.

Play continues until all of the letters in the phrase are accurately guessed. Every player has 10 incorrect guesses before they are out of the game. Once their snowman is completely built, they can no longer play.

No player is allowed to solve the puzzle. If they know the answer, they are still only able to guess just one letter at a time.

After Card #1 is complete, there are two game play options:

Option 1: Every player deconstructs their snowman and play restarts with the new Card.

Option 2: Every player’s snowman remains as is into the next round. The person who can make it furthest into the rounds wins.

Tip: Participants should be within the same reading level/ability. Use custom cards to create easier or more difficult puzzles to solve.

Once the game is over, players can then use glue to attach their snowman parts and complete the craft!

Add to Cart
The resources found on this website are designed to be used to supplement treatment or discussion facilitated by a parent or trained professional.  Mylemark's resources are not a replacement for therapy and are not intended to treat disorders.  They are for educational and exploration purposes only.  Consult with a mental health professional for treatment for mental health symptoms.​
Copyright © 2023 Mylemarks LLC
Terms of Use       Privacy Policy